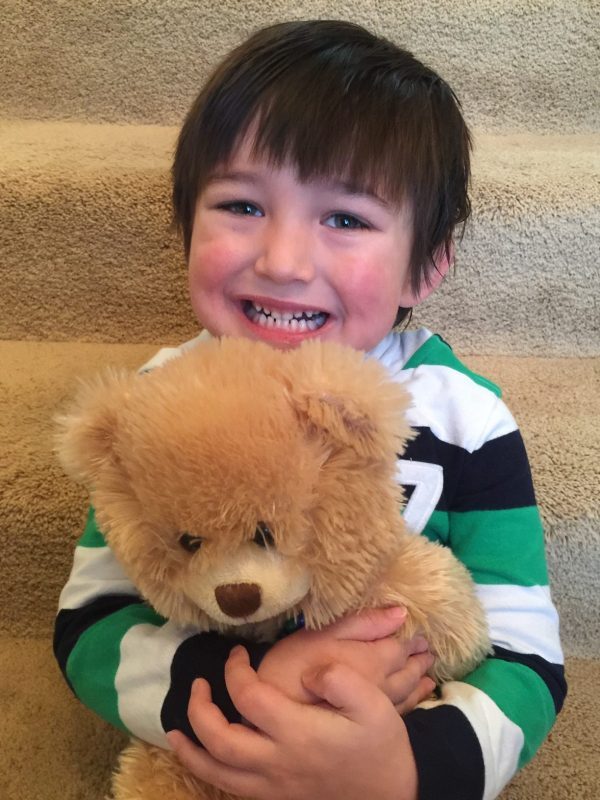 My husband and I recently went to a movie starring Marc Wahlberg entitled “Instant Family.”  What a fantastic film about family, adoption, loss and lasting love.  I was especially struck by the scene where a child who had been in the foster care system and displaced from house to house unpacked his garbage bag of belongings to yet another foster home assignment.  It was a bag filled with only countless stuffed bears.  His biological older sibling explained to the new and inexperienced foster mom that each time children are in family court they are given a bear from the judge, thus his large collection of bears.  Tears filled my eyes as I watched that small child dump out his only belongings, a collection of bears, in part because those bears were his only belongings and in part because my son too has a bear.  The family court judge gave my son his bear on his “Adoption Day” when he stood in front of a judge and legally became a member of our family.  My heart broke for the boy in the film who had been in court so many times that he had such a large collection of bears yet leaped for joy that my son who was adopted as an infant will only have one bear given to him by a court judge.  His bear sits on his bedroom shelf as a treasured keepsake and reminder of a special day.  The day Ivor joined our forever family, I can’t help but be thankful that adoption allows that final bear to be given by the judge on each adoptive child’s last day in family court to decide his next and final assignment.  Adoption is that final placement, that forever family, the home each child needs to thrive, its a place where no matter how many bears you have, you are finally home.  The James Project helps to bless those families who step out in faith to stand beside that child as they receive their final family court stuffed bear.